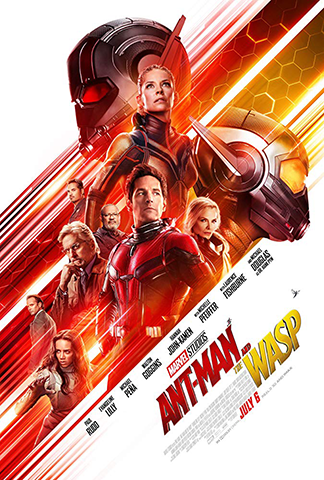 This sequel to 2015’s ANT-MAN was one of two Redbox rentals I watched over the weekend; as with its predecessor, I watched it long after its run in theaters had concluded and after I first saw him in CAPTAIN AMERICA: CIVIL WAR (2016). Here, Scott Lang (Paul Rudd), on house arrest due to his involvement in the events of CIVIL WAR that violated the Sokovia Accords, once again puts on the shrinking suit in search of the wife of its inventor, who disappeared in the quantum realm after shrinking to sub-atomic levels thirty years earlier.

Although the ANT-MAN sequel is, for the most part, not connected to the Infinity Saga, it still manages to be a generally satisfying entry in the Marvel Cinematic Universe, with the usual mix of well-written story, memorable characterizations, and solid humor throughout.

ANT-MAN AND THE WASP at IMDb