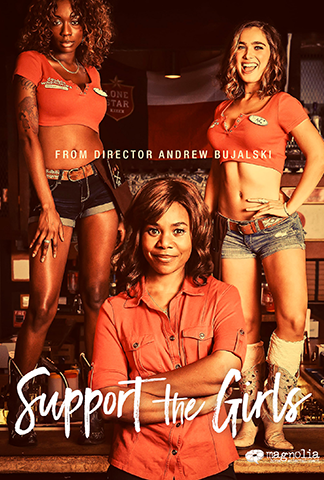 This 2018 independent film was recommended to me as part of continued project research. Written and directed by Andrew Bujalski, it follows Lisa Conroy (Regina Hall), the manager of the Hooters-esque Double Whammies sports bar, who has to deal with a wide range of issues—both typical and atypical—for a sports bar manager.

The overall concept for the movie is quite interesting and contains some realistic lowlight moments which I’m certain many in a foodservice managerial position can relate to. It also has some witty dialogue sprinkled throughout. However, the film is seriously watered down with shoehorned moments of serious drama that put the restaurant setting in the backseat, awkward conversations that don’t add much to the story, and some rather dull, often played-out moments which certainly don’t help its cause. Bujalski has been deemed the “godfather of mumblecore,” a poorly-coined term for a genre which sacrifices plot in rather telling ways, and that is especially the case here where the entire thing comes crashing down in a confused mess during its third act.

This film was disguised as something completely different from what it ultimately turned out to be, especially when you consider its key poster (which I opted not to use for this review) boldly touts the claim by Amy Nicholson of Variety that it is a “big-hearted comedy.” I suppose it’s no wonder that this film received near-universal critical acclaim (91% RT, 85 Metascore as of this writing) but rather mixed audience scores (63% RT, 6.8 Meta, 6.4 IMDb), and I for one felt rather betrayed while watching it.

SUPPORT THE GIRLS at IMDb