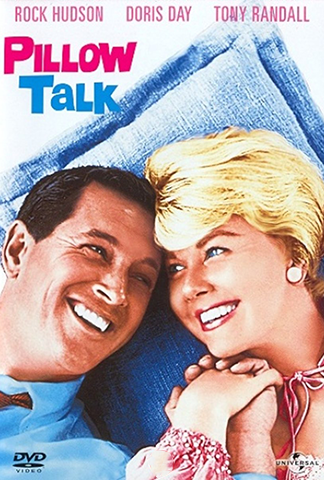 Doris Day was both an accomplished singer and an accomplished actress, and her 20-year career in the movies features some particularly notable roles in which she ultimately came to become what TCM’s Ben Mankiewicz dubbed “Hollywood’s wholesome sex symbol” (an oxymoronic phrase I’d admittedly use for a character or two of mine!). Her pairings with Rock Hudson have resulted in some real screen classics, including this 1959 entry. Here, Day plays Jan Morrow, an interior decorator who must share a phone line with Hudson’s character of Brad Allen, a womanizing Broadway composer who frequently uses the line to flirt with his many girls—which naturally causes the two to feud. The two have never met in person, but when Brad learns who she is, he invents a new persona of a naïve Texan tourist to attract her.

Day received her only Academy Award® nomination for her leading role in this movie, and her performance here is innately witty and fresh throughout. Hudson, of course, is as natural a charmer as he usually is when paired up with her; and particularly brilliant support is given by Tony Randall as neurotic millionaire Jonathan Forbes and Thelma Ritter in an Oscar®-nominated role as Jan’s constantly-inebriated housekeeper, Alma. The script is loaded with enough sass and innuendos to make an otherwise predictable plot extremely entertaining—and somehow won the Oscar® for Best Original Screenplay in the process.

PILLOW TALK is smart and steamy for its time, but even modern audiences will get more than a few laughs out of this sensationally delightful romantic comedy.